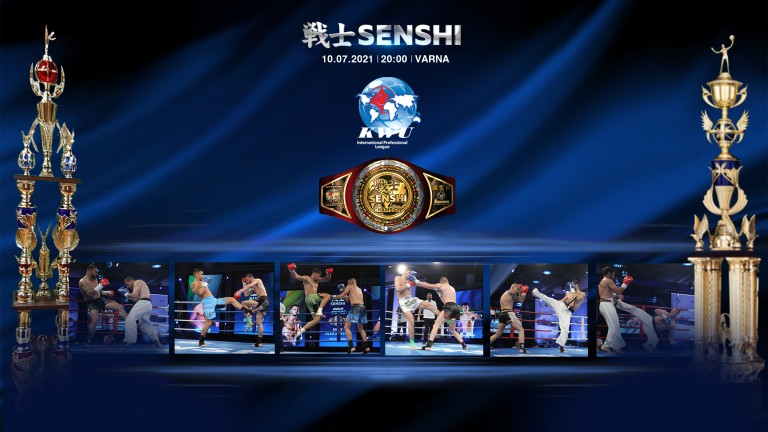 Once again, the international pro gala fight organization SENSHI has prepared a very promising fight card with battles by the rules of KWU Full contact and KWU SENSHI. The ninth edition of the gala will take place at Kamchia, Bulgaria, on the 10th of July and it will be broadcasted live for the whole world on FITE, as well as on Boec.com, Kwunion and Kyokushin Karate News. The fight spectacle starts at 8 pm EET/1 pm EST.

The explosive fighting show will start with 6 finals from the first of its kind European Championship of KWU International Professional League. The duels from the championship will be by the rules of KWU Full contact in the categories 70 kg, 75 kg, 80 kg, 85 kg, 90 kg and 90+ kg. A total of 60 fighters from 15 countries will compete for the European KWU Professional League’s belts – the battles start on the 8th of July and the semi-finals will be on the 9th of July.

After we see who the first European champions of KWU Professional League will be, SENSHI 9 will continue with another 7 breath-taking battles between fighters from 11 countries. The K-1 legend trio – the multiple K-1 heavyweight champions and instructors at the KWU Professional League Peter Aerts, Semmy Schilt and Ernesto Hoost will be referees, commentators and special guests at the gala. Shihan Ivo Kamenov, Chairman of the Professional League of KWU and of the National Combat Sports Association in Bulgaria, and  Shihan Alexandr Pichkounov, general secretary of the KWU International League, will be among the special guest as well.

Take a close look which will be the 7 professional fights from the SENSHI 9’s fight card:

The 31-years old Carlos Garcia from Spain will be the opponent of Dragomir Petrov from Bulgaria. Garcia is one of the brightest Spanish stars. He is a K1 Champion of Spain in 2017 and a runner-up for the World title K1 in 2015.

The Bulgarian Dragomir Petrov is 27 years old and he made a debut at SENSHI with a groundbreaking knockout against his opponent Pedro Granjo at the 8th edition of the gala. Petrov is an EMC European muay thai champion, 2019, as well as Champion at Wizard (2019(, Champion at Max Fight 2019 and SENSHI Champion at 2020 and 2021.

Vice World kickboxing Champion from 2019 Pavel Shelest from Belarus will make his debut at SENSHI 9. He will compete for the SENSHI Champion belt against the WAKO PRO European champion K1 in the 81 category Eduard Aleksanyan.

Aleksnyan is a Bulgarian kickboxer. In 2018 and 2020 he became National kickboxing champion. He has 2 wins at SENSHI, and at the gala he actually won his WAKO PRO European title.

Another amazing fight will be under number 9 in the fight card of SENSHI 9. The WAKO Vice world kickboxing Champion (2019) and Emperor Chok Dee tournament champion (2015) Andrej Kedveš from Croatia will compete for the SENSHI champion belt against one of the best kickboxers in Bulgaria – Atanas Bozhilov.

The World Kickboxing Champion WPKA Oleg Tsvik from Ukraine will face a tough opponent on the ring. Tsvik is a winner of the World Cup kickboxing WAKO and of the professional tournament GLOBAL FIGHT Max MUAY THAI.

Francesko Xhaja from Albania is the next fighter, whom we will see for the first time on the ring of SENSHI. His ring name is “Smile” and he has a record with a total of 21 professional fights, 15 of which with win.

His opponent in the blue corner is Ahmed Krnjic from Bosna and Herzegovina. He is a WAKO PRO K-1 European champion (2019), he is a silver medalist from the WAKO World Championship (2017) and WAKO European Championship (2018) by the K-1 rules.

In the 12th titan clash at SENSHI 9 we will see a fight between the European Champion WKN (2019) Samuel Dbili from France and the WAKO PRO K1 World champion (2021) Sergej Braun from Germany.

Dbili is a K1 French champion (2018), a double French muay thai champion (2016, 2017) and a bronze medalist from the Muay thai world championship IFMA.

His opponent from Germany Sergej Braun is pretty serious. He is a two-time WKU World Champion, WFMC World Champion and a Mix Fight Champion. He had to participate in the previous edition of SENSHI, but due to a COVID-19 infection, he had to miss his fight at the eight edition of the gala. Apart from that, he has 3 wins at SENSHI.

Fasten your belts for the last bout of the night! The National Sambo Champ of Romania, Florin Lambagiu, will be battling Andrei Chekhonin, WAKO Pro Low Kick World Champion, 2020 under KWU Full Contact Rules in the weight category 85 kg.

The nickname of Lambagiu “Rambo” is famous for his punching power, being one of the best body punchers on the Romanian kickboxing scene, and has a powerful left hook. In 2018 he becomes also a national champion in kickboxing.

Senshi 9 will be broadcasted on Bulgaria ON AIR, MAX Sport, Boec.BG and the US online channels FITE, Boec.COM, Kwunion.com, Kyokushin Karate News and Fightо.News. 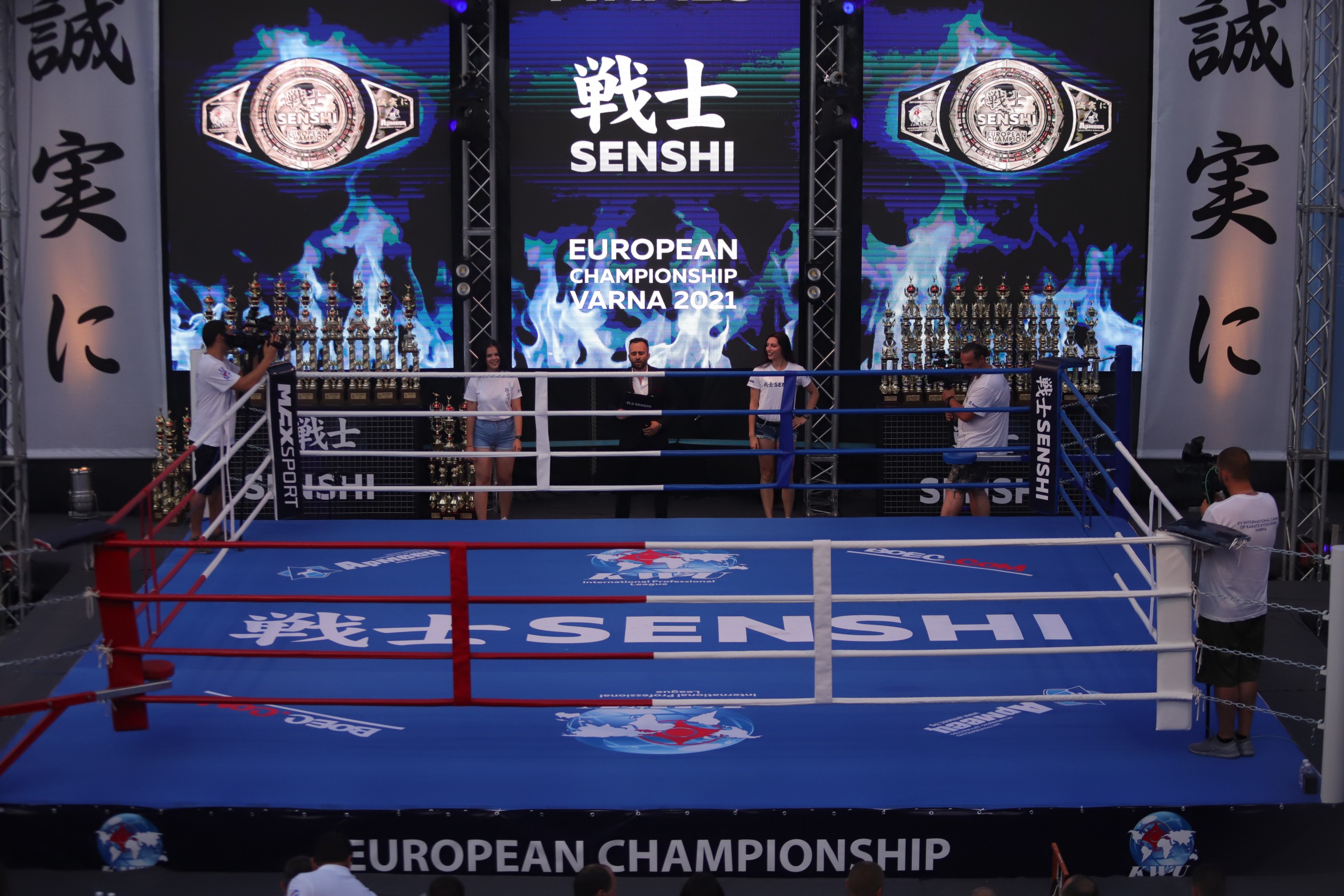 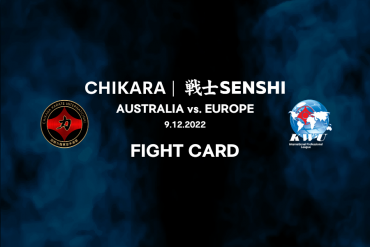 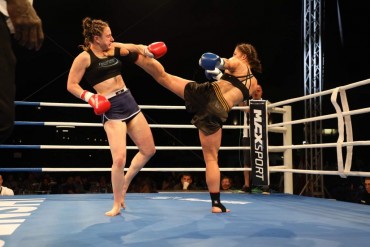